Best U.S. Canoe Trips to Get The Most Out Of Nature

Photography Tips For Your Canoe Trip

The Complete Guide To Canoe Camping

Best U.S. Canoe Trips to Get The Most Out Of Nature

Canoeing is one of the best ways to see nature. Maybe you haven't seen all the best places with crystal clear water and beautiful views that can only be experienced by traveling some of the many rivers shown here. Some rivers in the U.S. are so far-reaching that they might take your whole vacation to get the full experience. 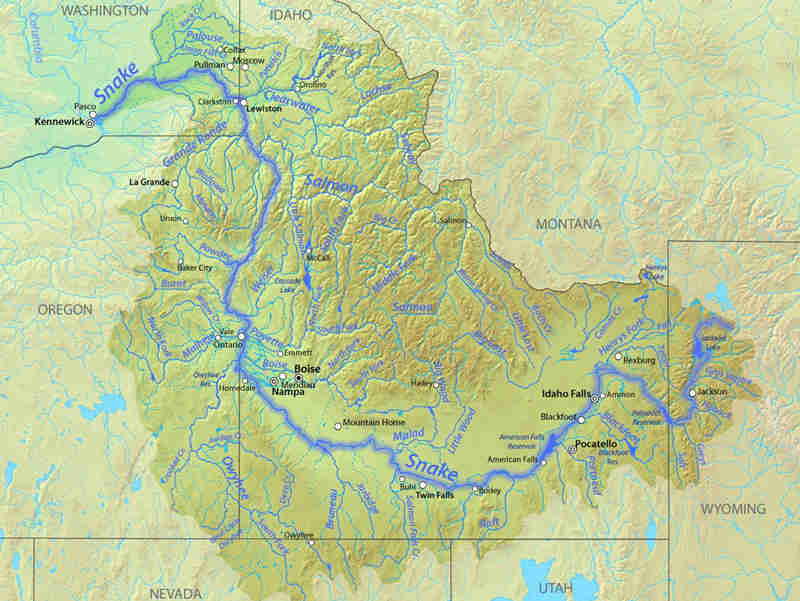 This river has many variations throughout it, which may be because parts of the river have some white water and technical parts. Starting in the Western half of Wyoming, it then serpentines and meanders through parts of Idaho and Washington. Arguably one of the most technical sections of the river starts from the Jackson Lake Dam down to Pacific Creek Run. 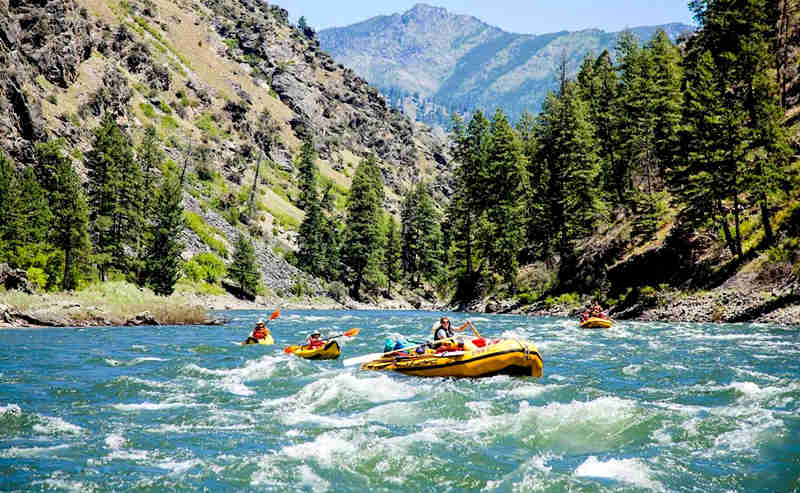 This river has a wealth of exploration due to its length of 125 miles, and in some sections, it may not be as great for canoes as there are sizable sections of white water. The most ideal section for canoeing is the section that starts at the North Fork and ends at Corn Creek. Beyond that point, the river is considered wild. 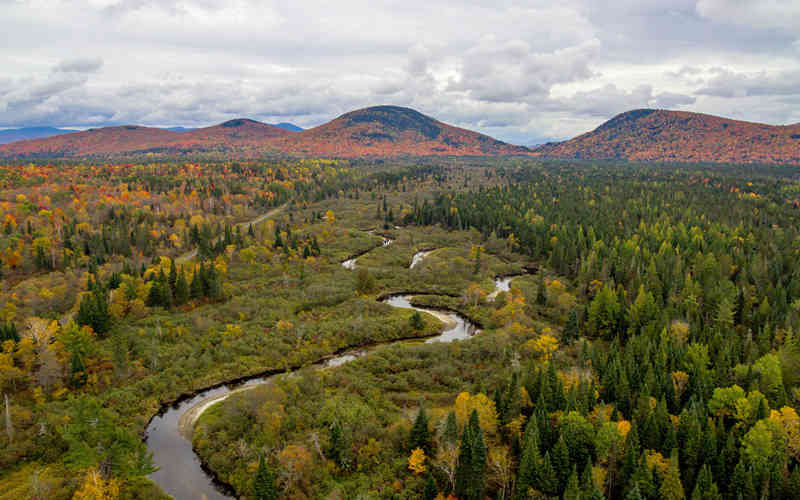 This river is among the most extensive on the East Coast. The approximate length is 740 miles, but it is a combination of many tributaries and confluences that encompass 23 rivers and streams and many other bodies of water. The full length reaches from New York to Maine. It also crosses the Appalachian trail and can attract some hikers to traverse the river trail. The trail starts in Old Forge, New York, and ends in Fort Kent, Maine. 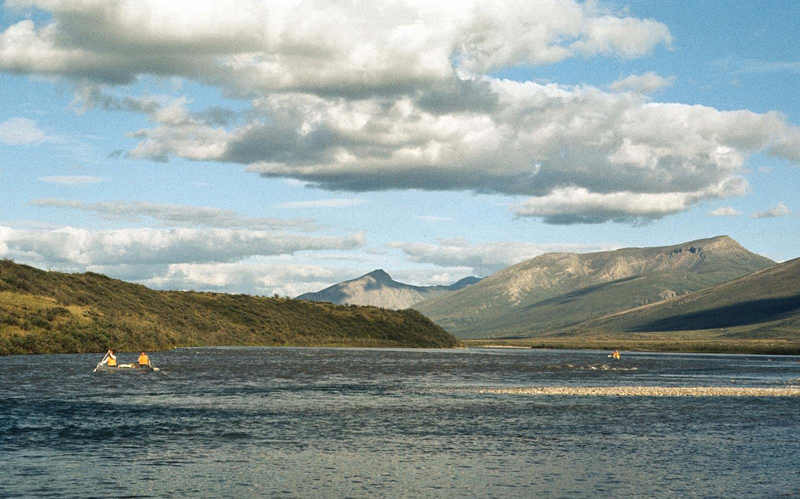 The State of Alaska is so big that it could be its own country- not to mention most of it is untouched wilderness. With its big wide-open expanse mixed with mountains that cast an intimidating presence at times, it still gets visitors from all over that come to see what places like the Noatak River have to offer. The unique location of this river's starting point puts it above the Arctic Circle. Many of the sights that can be seen are glacial valleys and well-aged canyons that are incredibly deep. But, the overall length is 425 miles. Although the river extends longer than that, parts of it are accessible due to the instability of some glaciers at different times of the year. 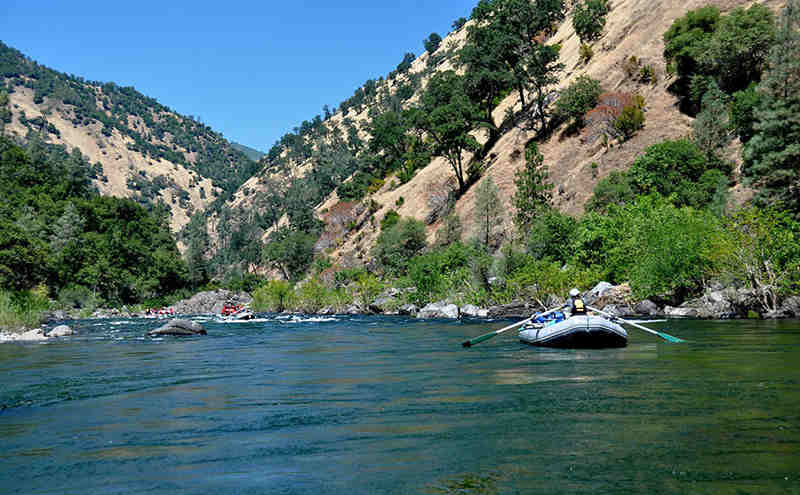 Another amazing river in California state in terms of natural wonders is the Tuolumne River, a fantastic showcase for canoe trips. It runs from the Sierra Nevada Mountains down into the central valley. The length is 149 miles, and it runs near Yosemite nat'l forest. Although, there may be a limit on launches that can be made daily from the Hetch Hetchy Reservoir. Despite being restricted, it still has 6,000 visitors and explorers a year. One of the major cities near the Tuolumne is Modesto which had a Gold Rush Railroad building project back in the early 1800s. 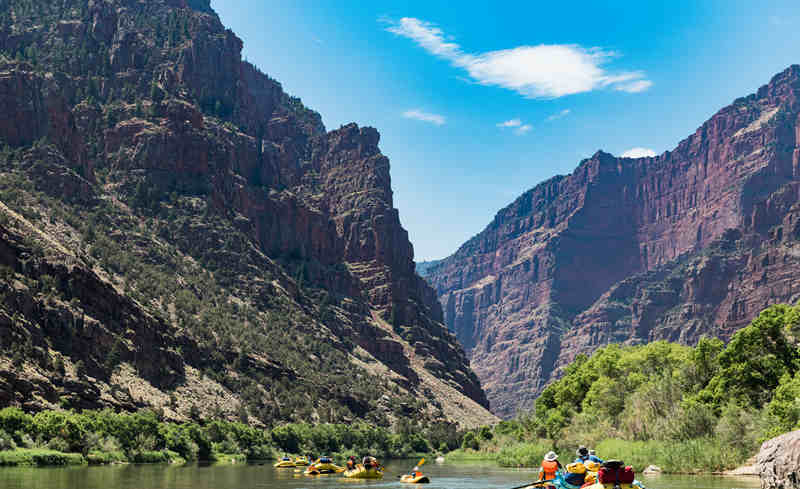 This is another river located in Utah and is a top choice for new canoers because of the wideness of the river and the calm flow that is serene and relaxing flow. Two of the best river sections are Stillwater Canyon and Labyrinth Canyon. The Labyrinth canyon, in particular, stretches 65 miles and takes some four or five days to reach the take-out point at Mineral Bottom. The views of sheer sandstone walls and cliffs are the most appealing part of this excursion. The Rio Grande is among the most unique rivers in the Southern U.S. because it runs partially through the border between Texas and Mexico. Although it does start in Colorado, most of this river's 1,900-mile length runs through New Mexico, Texas, down into Mexico. Although some of the rivers are drought-prone, an immense flow of water goes from Colorado into New Mexico. 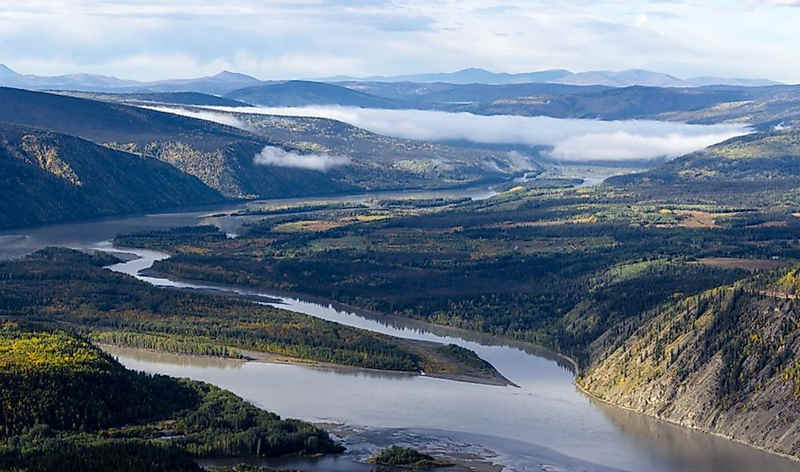 This runs through Canada and Alaska and is a total of 2,000 miles in length. This river is so big that it is vital to certain Native Communities in Alaska and Canada for food and sustenance. The river itself is not as wild as you may assume but has multiple sections of the river that are accessed at different points. The most common starting point is Whitehorse and ends at Dawson who is 460 miles of pristine water.

Of course, there is a lot to explore in each of these rivers, and you can spend a little bit of time on the water or several days on the river. Hopefully, this article has shown the great opportunities for canoeing that can be experienced in the U.S.

No results See all results
✕

Your cart is currently empty.